Patients taking the analgesic tramadol have an increased propensity for hypoglycemia compared to other opioids, according to a new analysis of the Food and Drug Administration’s Adverse Event Reporting Systems.

Researchers at the University of California San Diego assessed 12 million adverse event reports from the FDA during the period of January 2004 to March 2019. Reports containing opioids used as monotherapy, such as tramadol, codeine, hydrocodone, oxycodone, oxymorphone, hydromorphone, morphine, fentanyl, methadone, dextropropoxyphene, and tapentadol were separated into their respective cohorts. Similarly, selection was performed for serotonin and norepinephrine reuptake inhibition (SNRI) classes and drugs with N-methyl-D-aspartate receptor (NMDAR) activity.

Patients who used tramadol had a significant elevation in the frequency of hypoglycemia when compared to 9 opioids with mean odds ratio values ranging from 6 to 33. The only other drug with comparable effect was methadone.

“We wanted to have an objective data-driven look at its adverse effects and bumped into a dangerous, unlisted and unexpected hypoglycemia,” said first author of the study Tigran Makunts, PharmD.

In conclusion the authors recognize that, “it may be beneficial to monitor glucose levels when initiating tramadol or methadone in both diabetic and non-diabetic patients.” They also acknowledged that, “a large, randomized, controlled clinical trial would be needed to definitively establish causality.” 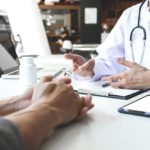