Aspirin increases the overall risk of gastrointestinal (GI) bleeding in older persons by 60%, according to a study published in Gut.

While older patients are at a higher risk of serious GI bleeding than younger patients, there are little trial-based data to inform baseline risk and additional risk conferred by aspirin use.  Therefore, researchers aimed to assess the incidence of serious GI bleeding in an older population, the impact of aspirin, identify risk factors, and calculate absolute bleeding risk according to age and presence of risk factors.

Data were extracted from an aspirin versus placebo primary prevention trial conducted from 2010–2017 (“ASPirin in Reducing Events in the Elderly [ASPREE]”, n=19,114) in community-dwelling persons aged ≥70 years (ClinicalTrials.gov identifier NCT01038583). Clinical characteristics were collected at baseline and annually, and the end point was major GI bleeding that resulted in transfusion, hospitalization, surgery, or death.

“In conclusion, this study provides population-based data on GI bleeding in older populations and the impact of aspirin, providing robust and clinically meaningful estimates for use in clinical practice and future epidemiological studies,” stated the authors. They added, “Future studies examining how serious bleeding influences survival, disability-free survival, and quality of life are needed.” 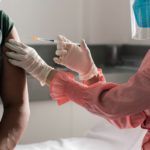