LAS VEGAS—Pain medicine providers face the life-and-death issue of balancing the risks for patients of undertreated pain with the specter of patients developing abuse problems that can lead to drug overdose deaths.

There were fewer than 5 unintentional prescription drug overdose deaths per 100,000 patients in 2004, and nearly 10 per 100,000 just three years later, in 2007, when 27,658 people died this way nationwide. There are multiple causes for these overdoses, including patients’ nonadherence with prescription and dosing directions, measurement issues, polypharmacy, and intentional poly-substance abuse.

Diversion of medications for use by people who were not prescribed those drugs, is another source of overdose risk, thanks in part to recreational “pharm parties” at which medications are shared.

More than 40% of these deaths involve opioid analgesics and benzodiazepines, he said. Leading prescription drugs involved in accidental and suicidal overdoses were oxycodone, alprazolam, hydrocodone, morphine and methadone.

Methadone is a leading factor, involved in a third of overdose deaths, Dr. Ziegler added.

Inconsistent methods of determining therapeutic levels – and causes of death – are a problem, he said.  Maintaining good documentation is key when a patient’s overdose death is investigated. “The Devil is in the details,” he said. “The government does not expect HCPs to be perfect – only reasonable.”

Medicolegal death investigations are undertaken when deaths are suspicious or sudden and unexplained, associated with criminal activity, or unattended by a physician, Murphy said. 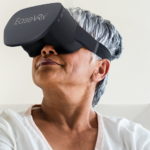