Patients with asthma and/or chronic obstructive pulmonary disease (COPD) have an increased risk for the development of long-term lower back pain, thus underscoring the importance of considering the overall health of all individuals who are experiencing long-term lower back pain. Researchers conducted a prospective cohort study based on the Stockholm Public Health Cohort (SPHC) from 2006 to 2010, and their results were published in the European Spine Journal.

The investigators concluded that these results “highlight the importance to consider the overall health of people suffering from [lower back pain], and to take the multimorbidity perspective into consideration.” Additional longitudinal studies are warranted to confirm the study findings. 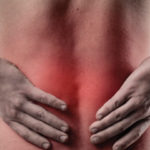