Virtual reality (VR) may effectively alleviate pain and anxiety for unmedicated women experiencing contractions during the first stage of labor, according to a study published in Anesthesia & Analgesia.

The use of VR was examined in 27 laboring women who were giving birth for the firsttime and anticipating a vaginal delivery. Unmedicated study participants with or without VR were observed for equivalent times during contractions in the first stage of labor. Women were asked to rate their pain intensity using numeric rating scales, to rate the amount of time spent thinking about pain (cognitive pain dimension), as well as pain unpleasantness (affective pain dimension) and worst pain intensity (sensory pain dimension).

In total, 82% of participants reported that they very much/completely enjoyed using VR during labor, and 70% said they would be very/completely interested in a new VR development specifically for labor. 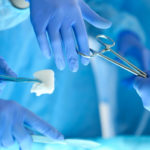