An anti-inflammatory diet may protect women against bone density loss and decrease the risk of hip fracture, according to data taken from the Women’s Health Initiative (WHI).1

Researchers at the Ohio State University looked at dietary data from 160,191 women, and assigned inflammation scores based on 32 food components that the women reported consuming in the 3 months prior to their enrollment. Participants were aged 50 to 79 at enrollment.

“This suggests that as women age, healthy diets are impacting their bones,” said Tonya Orchard, lead author and professor at OSH, “I think this gives us yet another reason to support the recommendations for a healthy diet in the Dietary Guidelines for Americans.” Anti-inflammatory diets tend to be high in vegetables, fruits, fish and whole grains.

The authors note that because the study was observational, it is not possible to definitively link dietary patterns and bone health and fracture outcomes. They also highlighted how the link between high-inflammatory diets and fractures was only identified in younger white women. Higher scores were associated with an almost 50% larger risk of hip fracture in Caucasian women younger than 63. 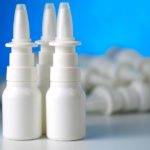 Ketamine Noninferior to Fentanyl for Traumatic Injury Pain in Children