Michael L. Lipton, MD, PhD, from the Albert Einstein College of Medicine in Bronx, New York, and colleagues recruited 222 amateur soccer players from a substudy of the Einstein Soccer Study to complete a total of 470 online HeadCount questionnaires at baseline and every 2 weeks for the study duration. The recall questionnaires asked about soccer practice and games, heading (a soccer technique that uses the head to control the ball) and unintentional (ball to head, head to head, head to goalpost) head trauma, and the frequency and severity (from mild to very severe) of CNS symptoms.

After controlling for unintentional head impacts, the researchers found that intentional heading in the highest quartile was significantly associated with CNS symptoms (odds ratio [OR] 3.17; 95% CI, 1.57-6.37).

The researchers added that the risk of moderate to severe CNS symptoms was substantially higher (OR of 8.36) for the 17.6% of 2-week episodes that had 2 or more unintentional head impacts vs the 20.2% of the 2-week episodes with a single head impact (OR of 3.6).

“More specifically, if a soccer player [had] one unintentional head impact, there was a 47% probability (17.6%/[17.6% + 20.2%]) of having another such event in the same 2-week interval,” the researchers wrote. “It may thus be sensible to intervene with timely coaching when such events occur as a step to reduce the risk of a subsequent event.”

The researchers concluded that in the future, it will be important to examine whether more subtle, transient CNS changes, determined by variations in performance on neuropsychological tests, occur in the absence of severe CNS symptoms. They also noted that because there is evidence of short-term impact on the CNS caused by head exposure in soccer, future research on long-term effects is warranted. 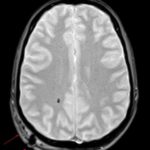 Accounting for Gender Differences in Concussion Diagnosis and Treatment