Pregabalin co-administered with misoprostol was not found to reduce pain intensity in women initiating medical abortion but was found to be associated with increased satisfaction and reduced use of narcotics and ibuprofen, according to study results published in Obstetrics & Gynecology.

The study included 110 women initiating medication abortion at up to 70 days of gestation with mifepristone and buccal misoprostol (n=110) who were randomly assigned to receive 300 mg oral pregabalin (n=56) or placebo (n=54) immediately before misoprostol; 3 participants were lost to follow-up. The study’s primary outcome was maximum pain score assessed using an 11-point numeric rating scale. Participants reported pain scores via real-time electronic surveys over a 72-hour period. The secondary outcomes were pain at each time point, ibuprofen and narcotic use, side effects, and satisfaction.

“Although peak pain scores were not decreased with pregabalin, its association with increased satisfaction and decreased need for nonsteroidal anti-inflammatory drugs and narcotics along with its ease of administration make it a worthwhile adjunct in medication abortion care,” the researchers wrote. 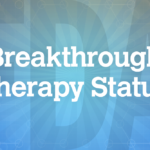