While previous research indicates that FNB plus SNB provides superior pain management for TKA, adding SNB to FNB may increase the occurrence of adverse effects such as weakness of the quadriceps, leading to postoperative falls.2 “Furthermore, there is a risk of peripheral nerve injury, which has an incidence of 0.024% in patients who receive SNB.3 Sciatic nerve injury is also a common complication following TKA and its incidence is 1.3 to 2.2%,” the researchers noted.4,5 “Therefore, LIA combined with FNB was suggested to achieve comparable pain control.”

Yixuan Zhang from Henan University in Kaifeng, China, and colleagues, conducted a systematic review and meta-analysis of studies available in Embase, Medline, PubMed, ScienceDirect, web of science, and Cochrane Library that were published online in English between 1966 and 2017.

The researchers found significant differences in pain relief and adverse effects between groups:

FNB combined with SNB was also associated with less morphine consumption at 12 hours and 24 hours, as well as with a lower risk of nausea and vomiting.

However, the researchers noted that their quality of evidence was low to very low. “Our confidence in the effect estimate is limited, and the true effect may be substantially different from our estimates.”

“Further studies should focus on surgeries that are known to be associated with significant postoperative pain, particularly surgeries where improved pain control may deliver significant clinical benefits through reduced morbidity, or cost-effectiveness benefits through faster rehabilitation and discharge,” they concluded. 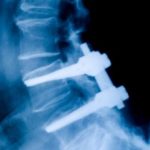