HealthDay News — Even modest depression, anxiety, and catastrophizing are predictors of whether a patient later experiences improvements in pain relief following joint replacement surgery, according to a review published online Oct. 20 in the Journal of Pain.

Nils Georg Niederstrasser, Ph.D., from the University of Portsmouth, and Stephanie Cook, Ph.D., from De Montfort University in Leicester, both in the United Kingdom, conducted a systematic literature review to identify studies examining the effect of presurgical psychological predictors on outcomes following knee and hip arthroplastic surgery not needing subsequent revision.

“It has long been understood that a patient’s mental well-being has an effect on their outcome after surgery, but we would go further and argue that someone’s mental state is a useful predictor of how someone will fare postoperation,” Niederstrasser said in a statement. 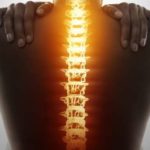