HealthDay News — Epidural analgesia during labor is not associated with immediate or longer-term adverse outcomes in offspring, according to a study published online Oct. 28 in JAMA Network Open.

Rachel J. Kearns, M.D., from the University of Glasgow in the United Kingdom, and colleagues used Scottish National Health Service hospital administrative data to identify 435,281 singleton live births in Scotland (2007 through 2016), with follow-up during the first 1,000 days of life.

The researchers reported that 21.7 percent of births had labor epidural, which was associated with a reduction in spontaneous vaginal deliveries (adjusted relative risk [aRR], 0.46), an increased risk for neonatal resuscitation (aRR, 1.07), and an increased risk for neonatal unit admission (aRR, 1.14). When further adjusting for mode of delivery, the associations for neonatal resuscitation and neonatal unit admission were reversed (aRR, 0.83 and 0.94, respectively). There was an association between epidural analgesia and a reduced risk for an Apgar score <7 at five minutes. Epidural analgesia also was associated with a lower risk for developmental concern in any domain at 2 years (aRR, 0.96), including specifically for concerns regarding communication (aRR, 0.96) and fine motor skills (aRR, 0.89).

“This information may be used to aid decision making for women considering epidural analgesia in labor,” the authors write.

One author disclosed financial ties to the pharmaceutical and infertility services industries. 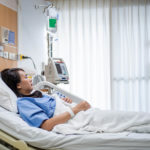