In order to study those mechanisms, researchers have developed a mouse model for OA. In this model, animals undergo surgical intervention to sever the anterior medial meniscotibial ligament, thus producing destabilization of the medial meniscus (DMM). Control mice undergo a sham surgery, in which their ligament is kept intact.1

Following surgery, mice present with mechanical allodynia that develops shortly after the intervention (4 weeks). This allodynia  appeared to be maintained for 16 weeks, as indicated by lower force thresholds required to trigger paw withdrawal in the von Frey test, in DMM- vs sham-operated animals (P <.01 at 4 and 12 weeks; P <.001 at 8 and 16 weeks post-surgery).1

In addition, locomotor behaviors (distance traveled, climbing and rearing), assessed using the Laboratory Animal Behavior Observation Registration Analysis System2 were affected in DMM- vs sham-operated mice, starting at 8 weeks post-surgery, and up to 16 weeks.1 Lower performance in these behavioral tests in DMM- vs sham-operated mice are indicative of activity-induced, pain-related behaviors.

The group of researchers from the Department of Internal Medicine, Section of Rheumatology at Rush University Medical Center in Chicago, Illinois, which developed this mouse modelpresented a follow-up study at this year’s annual American College of Rheumatology conference in Washington, DC.3

They therefore sought to further investigate the time course of these molecular changes using microarray analyses of the DRG ipsilateral to the DMM surgery at lumbar levels L3-L5, 4, 8 and 16 weeks following surgery (n=3 for each time point and treatment; Affimetrix Mouse Transcriptome Array 1.0).3

Two different microarray studies were conducted: one 4 weeks post-surgery to investigate “early pain” gene expression in post-surgical pain conditions; one at 8 and 16 weeks following surgery to identify “late pain” genes in chronic or persistent pain conditions, comparing samples from naïve animals to those from sham- and DMM-operated mice.

Microarray analysis of samples investigating “early pain” revealed that 345 genes were upregulated in the DRGs of both sham- and DMM-operated animals, compared with naïve mice. These genes are involved in 3 main functions: cellular function, cell morphology and protein synthesis; inflammatory response ; and cell cycle and apoptosis  (P <.01 for all).

There were 227 genes that were found to be upregulated in the DRG of DMM mice relative to both the sham-operated and naïve animals. Those genes were generally involved in neurodevelopment, cell-mediated immune response, amino acid metabolism, humoral response, and cell cycle.

Only 10 genes were found to be upregulated both in the early and late pain samples, validating the experimental design.

The authors concluded that results from this study investigating gene expression in an animal model of chronic OA pain “support behavioral data suggesting that distinct phases exist in the pain developing after DMM surgery.” Additional studies will be required to further demonstrate involvement of identified pathways, which may then be targeted for the development of drugs for OA pain. 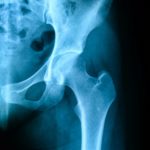