LAS VEGAS – During a presentation he gave at PAINWeek 2017, held September 5-9, David M. Glick, DC, DAAPM, CPE, managing partner at HealthQ2 in Richmond, Virginia, gave an overview of differential diagnostic studies for pain pathologies, their utility in the clinic, and their limitations.1

Several national medical societies, including the American College of Physicians and the American College of Radiology, contributed to the development of lists of “evidence-based recommendations clinicians and patients should discuss.” The lists are available on the Choosing Wisely website, and “provid[e] information on when tests and procedures may be appropriate, as well as the methodology used in its creation.” This effort was prompted by the observed harm that can result from certain diagnostic procedures, leading to wrong diagnoses in some cases and further unnecessary testing. Mr Glick cited Glen Stream, MD, president of the American Academy of Family Practice Physicians and a panel member for Choosing Wisely, who noted that “Over-testing and over-treating is harming people and unethical.”

He then illustrated this issue with the example of low back pain, the “fifth most common reason for all physician visits.” The Choosing Wisely site cautions against carrying out imaging studies during the initial 6 weeks, except in the presence of “red flags,” which “include, but are not limited to, severe or progressive neurological deficits or when serious underlying conditions such as osteomyelitis are suspected. Imaging of the lower spine before six weeks does not improve outcomes, but does increase costs.”

A total of 72 societies are now associated with the Choosing Wisely initiative, on which 450 recommendations appear in 66 different lists, and hundreds of “potentially unnecessary medical tests and treatments” have been identified. It is thought that if those recommendations were to be implemented, an estimated $5 billion could be saved in the cost of unnecessary diagnostic tests. For a survey (results of which are on Choosing Wisely), which was conducted on 600 clinicians, participants were asked to identify major and minor reasons that prompted them to sometimes order unnecessary tests or procedures. Malpractice concerns came first as a major reason to take such actions in 52% of responders, followed by “just to be safe” (36%), “want[ing] more information to reassure myself” (30%), patients insisting on tests (28%), and wanting to keep patients happy (23%).

Mr Glick stressed that the 3 main tools for differential diagnosis were patients’ history, clinical exam, and the clinician’s experience. Some factors may affect adequate diagnosis, he acknowledged, including time limitations (eg, reduced face time with patients due to patient volume), reliance on technology, and the physician’s experience (eg, having encountered another patient with similar symptoms in the past).

“All pain has a neurological component,” added Mr Glick, “While providing valuable structural information, imaging studies do not reflect whether a pathology is clinically relevant.” He concluded that he was confident that evolving technology (such as electrodiagnostic procedures to assess nerve function) would soon allow better characterization of neuropathologies. He left the audience with the following message: “The reliability or the clinical relevance of any diagnostic procedure is never 100%… the studies themselves may be deficient in [a] particular clinical situation,” and that “Objective clinical examination findings should not be dismissed based solely upon negative test results.” 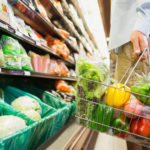