SAN ANTONIO—Eastern medicine is still considered an “alternative” approach to pain care in the United States, despite extensive evidence indicating that treatments that combine Eastern and Western medicines are beneficial for patients with chronic pain.

Robert Bonakdar, MD, Director of Pain Management at the Scripps Center for Integrative Medicine in La Jolla, California, discussed the integration of Eastern and Western medicines at the American Academy of Pain Management’s (AAPM) annual meeting.1 Dr Bonakdar has been awarded a Richter Fellowship, designed to encourage multicultural and international research, which he carried out in  Asia.

In Dr Bonakdar’s opinion, the mentality in the American healthcare system is much more passive than in the East, where the emphasis is more on “trying to understand the root cause of the issue and coming up with long-term solutions.” In the United States, guidelines that have been issued and recommend a multimodal approach to pain management are largely ignored, he said. This is despite the publication of the National Pain Strategy (NPS) in March 2016, which heavily endorses an integrated model of care and advocates for access to different forms of healthcare and for a biopsychosocial approach to pain management.2

In addition to the NPS, the World Health Organization issued a traditional medicine strategy in December 2013, aimed at improving the integration of traditional approaches to pain management into Western medicine.

Dr Bonakdar, along with colleagues from the Cleveland Clinic in Ohio, recently traveled to Taiwan, in an endeavor to learn about the critical factors that contribute to making the healthcare system in this country one of the top 10 in the world. He described the seamless integration of traditional and Western medicines he witnessed as “a breath of fresh air.”

In Taiwan, a medical training program exposes students to both traditional and Western forms of medicine, and collaborative work between rheumatologists, acupuncturists, cardiologists, and traditional medicine doctors is common practice. The hospital also hosts a highly regulated pharmacy dispensing traditional Chinese medicine in a professional manner.

In addition, each patient is given a “smart card,” containing their entire medical record and history.

In almost every clinic in Taiwan, teaching is omnipresent and is carried out by large groups of healthcare practitioners from different specialties working together, a practice rarely seen in the United States, according to Dr Bonakdar. Another major difference in pain management between the United States and Taiwan is that in Taiwan, pain medicines are seen as an option to be balanced out with other approaches, including Chinese medicine.

The “Integrative Medicine for the Underserved” (IM4US) website, which advocates for dietary changes and exercise and AAPM’s “State Pain Policy Advocacy Network,” both provide good models of treatments that can be adapted to one’s settings, according to the presentation.

Dr Bonakdar concluded with a Feng Shui analogy, in which a mirror can either speed up or slow down the movement of positive energy. “So that if one chooses to reflect … the issues of modern medicine, one will slow down that change, but if one shines positive changes on that mirror [by highlighting positive examples of pain management ], the solution [will appear] much closer to us.” 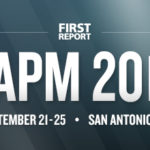 Read about the research presented at AAPM 2016