LAS VEGAS — R. Norman Harden, MD, associate professor at Northwestern University and director of the Center for Pain Studies at the Rehabilitation Institute of Chicago, Illinois, provided an overview of the use of ketamine as an analgesic and its associated side effects at the annual PAINWeek conference, held September 4-8, 2018.1

Ketamine — or RS-2-[2-chlorophenyl]-2-[methylamino] cyclohexanone — exerts its effects mainly by acting as a noncompetitive antagonist to the N-methyl-d-aspartate (NMDA) and α-amino-3-hydroxy-5-methyl-4-isoxazolepropionic acid (AMPA) glutamate receptors. At higher doses, the drug is also thought to bind muscarinic cholinergic and monoaminergic receptors, as well as calcium-gated ion channels and µ-, σ-, κ-, and δ-opioid receptors in the brain and spinal cord. The ketamine molecule is hydrophilic and lipophilic, allowing it to cross the blood-brain barrier. Some of its cognitive effects are thought to result from ketamine binding to receptors in the prefrontal cortex.

Ketamine also provides dissociative anesthesia as well as analgesia. These properties, combined with its effects on increasing blood pressure and inducing bronchodilation, make it an attractive pharmacologic option in pain medicine. In addition, ketamine is known to provide twice as much analgesia as morphine and is one of the few drugs with anxiolytic, analgesic, and amnestic properties. Furthermore, ketamine appears to preserve upper airway muscle tone and pharyngeal reflexes, while having minimal effects on central respiratory depression.

The drug has been used in settings ranging from battlefield medicine (since the Vietnam War in the 1970s) and emergency medicine, to intensive care, and in the treatment of several psychiatric conditions including depression. The first reported use of ketamine in pain medicine dates from 1989.2

A 2015 systematic review of the literature examining the use of ketamine for the management of complex regional pain syndrome determined that only low-quality evidence supported the efficacy of the drug for this condition.3

Ketamine — also known as “special K” — is increasingly used as a recreational drug for some of its effects including hallucinations and a feeling of “separation” from the body,  despite other side effects including delirium, nightmares, and nausea. The drug can be taken by multiple routes of administration, from oral and intranasal to intravenous, intramuscular, and intrarectal.

Disclosure: Dr Harden is a consultant/independent contractor for Biohaven, Takeda, and Neumentum pharmaceuticals. 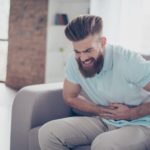