Guidelines pertaining to pharmacogenetics have been developed by the Clinical Pharmacogenetics Implementation Consortium of the National Institutes of Health Pharmacogenomics Research Network, a group established “to catalyze and lead research in precision medicine for the discovery and translation of genomic variation influencing therapeutic and adverse drug effects,” and the pharmacogenomics resource PharmGKB.2

As much as 40% to 60% of the general population has phenotype variability, and such genetic differences are thought to have an effect on a patient’s response to 25% of all drugs. Clinical applications of pharmacogenetics are largely dominated by polymorphisms of cytochrome P450 (CYP450) enzymes that are involved, among other functions, in the metabolism of opiates (eg, in phase 1 metabolism [CYP2D6 for codeine, hydrocodone, oxycodone, and tramadol; CYP2C19 for methadone; CYP3A4 for tramadol] and in phase 2 metabolism [uridine 5′-diphospho-glucuronosyltransferase (UGT) UGT2B7 and UGT2B15 for morphine, oxymorphone, hydromorphone, and tapentadol]).3,4

Although various allele variants for these and other enzymes have been associated with poor, intermediate, extensive, or ultrarapid metabolizers of certain medications, the use of pharmacogenetics in clinical practice currently faces several challenges. Dr Fudin cited the absence of a current “universal definition” of processes that would allow the interpretation of genotyping and its translation into adequate clinical actions, the lack of recommended associations between drugs and gene pairs, resistance by clinicians to adopt such information, and still prohibitive costs.2

Dr Atkinson provided scenarios in which pharmacogenetic tests need not be performed. For example, for some CYP2D6 variants, only the ultrarapid and poor metabolizers were shown to display a significant effect on dosing, and the latter may require a higher dose of pain medications, which is a rare occurrence. In addition, some CYP2D6 variants only have a minor impact on minor active metabolites and a profound effect only on weak opioids and prodrugs. Polymorphisms in the μ-opioid receptor gene OPRM1 were shown to have a profound effect solely on weak opioids and prodrugs.

In an editorial coauthored by Drs Fudin and Atkinson, the clinicians insist that “pharmacogenomic testing for crucial metabolic pathways should enable prediction of clinical drug response, especially when targeted binding sites or tissues are being considered.”5 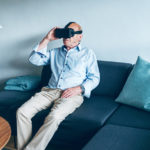 Virtual Reality for Pain Management: A Weapon Against the Opioid Epidemic?