A novel standardized spinal cord stimulation (SCS) workflow may effectively and consistently alleviate back and leg pain associated with failed back surgery syndrome, according to research presented at the American Academy of Pain Medicine Annual Meeting, held April 25 to 29, 2018, in Vancouver, Canada.

In this retrospective study, the deidentified records of 114 patients treated with SCS workflow for failed back surgery syndrome at 7 different centers between July 2016 and September 2017 were analyzed.

Following SCS device implantation, paresthesia was mapped to overlap with pain topography, and leads were positioned. The SCS workflow consisted of high-density stimulation (1 kHz/90 μs) through bipole electrodes positioned at the motor endplates between T9 and T10.

Patients self-reported pain levels with a numeric pain rating scale and a visual analog scale at baseline (SCS trial; inclusion criteria: pain score ≥5 on a 0 to 10 scale), at 1 to 3 months after implantation, and at >3 months. The study’s primary and secondary outcomes were pain relief at 1 to 3 months, and >3 months postimplantation, respectively.

“Patients programmed using a standardized SCS workflow had significant improvements in pain relief from baseline to a 1 to 3 months postimplant assessment, which was sustained through 3+ months,” concluded the study authors. “Importantly patients benefited from having both [high-density] and [low-density] therapy options,” they added. 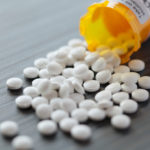