Hospital stays were 1 to 2 days shorter for patients who did not receive a thoracic epidural, Albin Quiko, MD, of the Naval Medical Center in San Diego, California, said during a poster session at the American Academy of Pain Medicine 2015 meeting. The new long-acting local anesthetic can provide analgesia for up to 72 hours.

“We felt that if the analgesia was equivalent, then this may avoid some of the potential adverse side effects of a thoracic epidural, such as hypotension, one-sided block or not working at all,” Quiko said.

The researchers looked at oral and IV opioid consumption, postoperative pain scores, length of intensive care unit stay and total length of hospitalization for 72 hours after the surgery.

Pain scores were equivocal in the two groups, but patients in the liposomal bupivacaine group had a statistically significant 1.5 day decrease in length of stay compared with thoracic epidural, they found.

“Though our evidence only points to a 1 to 2 day savings, when taken in aggregate over a year period at a busy medical center, this can become a significant cost savings to an institution,” Quiko said.

Further prospective randomized controlled clinical trials are needed to further examine factors such as postoperative complications and to rule out the possibility that sicker patients received thoracic epidurals. 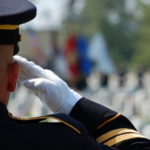