Exposing clinicians to a multifaceted risk-reduction initiative significantly shifts prescribing practices away from high-dose chronic opioid therapy, according to a study published in the Journal of Pain.

Such interventions are sorely needed; prescription opioid sales in the United States have tripled since 1999, though the amount of chronic pain reported by patients remains unchanged. The explosion in opioid use was accompanied by repercussions — nearly 2 million American teens and adults either abused or were dependent on opioid pain relievers in 2013, and the number of overdoses had quadrupled to over 16,000.1

“There is no evidence that the effectiveness of opioids for managing chronic pain increases with dose, but there is now substantial evidence that risks of overdose and addiction increase with dose,” lead author Michael Von Korff, ScD, from the Group Health Research Institute in Seattle, Washington, told Clinical Pain Advisor.

“Policy changes [with respect to prescribing chronic opioid therapy] are now taking place across the country. Clinicians should be prepared to implement them, [and] be vigilant to ensure that they do, indeed, produce the intended results,” Bob Twillman, PhD, executive director of the American Academy of Pain Management in Sonora, California, told Clinical Pain Advisor.

As controls, clinicians for the contracted care group were exposed only to initiatives implemented by Washington State in in 2010, which recommended caution in prescribing COT at higher doses, defined as daily morphine equivalent dose (MED) of 120 mg or greater. 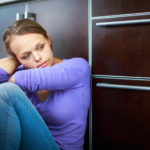 The Impact of Physical Pain on Suicidal Thoughts and Behaviors