The use of a novel frequency pairing for transcranial magnetic stimulation (TMS) may effectively relieve upper and lower extremity pain associated with complex regional pain syndrome (CRPS), according to a study published in Neuromodulation.

The TMS protocol used in this study consisted of initial intermittent theta bursts (ie, burst of three 50-Hz pulses every 200 ms, 2 second-long trains repeated every 10 s, total of 600 pulses, delivered at 70% of the resting motor threshold [RMT]). This was followed by a 10-Hz stimulation (duration, 10 s; intertrain interval, 30 s; total pulses, 2000; delivered at 80% of RMT). Muscle activity was monitored throughout the stimulation.

Study participants had a CRPS diagnosis according to the Budapest Clinical Diagnostic Criteria, a pain score >3 on the 0 to 10 numeric rating scale (NRS), and demonstrated tolerability to TMS and magnetic resonance imaging. A deep coil allowing stimulation of lower extremity representation on the motor cortex was used.

From each group, 2 patients reported a >50% reduction in pain beyond 6 to 8 weeks. Nausea and headache were the most frequently reported adverse events; no serious adverse events were reported.

The small sample size, lack of placebo group, and the predominantly female cohort were the main study limitations.

“Our research shows that TMS can provide relief for many patients suffering from CRPS, particularly for patients who have not responded well to conventional medical therapies,” concluded the study authors. “TMS administration should be conducted with great care, with careful monitoring for cortical excitability and spread that would suggest seizure potential,” they added. 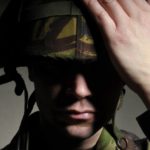