There has been a recent push in the United States for certain jurisdictions to allow medical use of cannabis or cannabinoids, particularly in jurisdictions where policies exist to reduce opioid use for pain management. However, as the authors emphasize, current guidelines from professional associations and federal agencies in the United States and Europe are inconsistent regarding whether or not patients should be advised to use these products.

Cannabis and cannabinoids have multifaceted analgesic and anti-inflammatory effects — such as promoting the release of dopamine, enhancing adenosine receptor signaling, and decreasing reactive oxygen species, all of which may provide relief for patients experiencing chronic pain.

The authors’ recommendation was informed by a linked series of 4 systematic reviews that summarized the current body of evidence for benefits and harms, as well as patient preferences and values, associated with the use of medical cannabis or cannabinoids for chronic pain. In their evaluation, they used the GRADE approach and standards for guideline creation.

The resulting systematic review reports on the effects of medical non-inhaled cannabis or cannabinoids, added to standard care, in people with chronic pain due to cancer or non-cancer-related causes. Importantly, 3 people with lived and living experience of chronic pain were members of the guideline panel, and fully participated in development of the guidelines.

The authors concluded that, for individuals for whom standard care is insufficient at alleviating their pain symptoms, non-inhaled medical cannabis or cannabinoids may be recommended for a trial period.

They noted that currently published trials have found that at 1-4 months post initiation of therapy, cannabis reduced pain and improved physical function and sleep quality. There is no current evidence that cannabis use had a significant effect on emotional function, role function, or social function, they said.

This therapeutic option may not be viable for all patients, given that cannabis has been associated with cognitive impairment, drowsiness, and impaired attention at 1.3-3.5 months.

Clinicians who choose to advocate for cannabis use should advise their patients to begin their trial period using low dose, non-inhaled products, increasing their intake slowly depending on clinical response and tolerability, the authors wrote. Patients should be instructed to avoid operating machinery or driving until they are familiar with clinical effects.

Younger patients should be given cannabidiol-predominant preparations, since the effect of tetrahydrocannabinol on neurocognitive development remains unclear. Women who are pregnant, may become pregnant, or are breastfeeding should be advised to avoid cannabis.

This recommendation is subject to change as additional research is conducted on the benefits and harms of using medical cannabis and cannabinoids for the treatment of both cancer-related and non-cancer-related chronic pain. 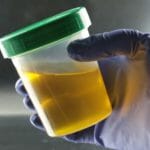