Men and women may seek pain relief in both gendered and ungendered ways, depending on whether gender norms or perceptions of analgesic efficacy are thought to define social acceptability, according to a study published in PAIN.

Recent research indicates that many behaviors related to pain are perceived as gendered, and may influence the ways in which men and women communicate and cope with pain in distinct ways, but these studies did not examine specific pain relief methods. The current research combined two studies of 60 participants (30 men and 30 women; age 18 to 78) in the United Kingdom. Participants were asked to categorize several pain relief strategies according to the level of social acceptability for women vs men.

Analyses of each study revealed 2 overarching gender stereotypes. For women, the findings suggested that pain relief strategies that were generally perceived to be conventional and effective (regardless of whether they were actually effective) were most socially acceptable, such as visiting a general practitioner, taking a painkiller, or getting physical therapy. Uncommon pain relief strategies, such as going for a walk or spending time with a pet, were considered less socially acceptable for women, due to the perception that these actions indicate one is not taking the pain seriously. A second stereotype for women also emerged, showing that pain relief strategies that do not “burden” healthcare services and involve stereotypically feminine behavior, such as calling a friend, were also considered socially acceptable.

“Whilst the ‘normative and effective pain relief’ stereotypes were similar for both men and women, the gendered viewpoints varied for men and women in line with broader notions of masculinity and femininity. This warrants consideration by practitioners implementing pain management programmes, as well as in guiding individual pain self-management, to maximise the chances of effectively relieving pain,” concluded the study authors. 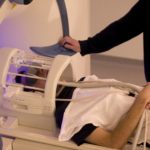 Predicting the Magnitude of Placebo Analgesia in Chronic Pain