Reducing the time to rehabilitation following traumatic spinal cord injuries may lead to better outcomes, according to research presented this week at the Association of Academic Psychiatrists Annual Meeting in Sacramento, California.

“In other areas of medicine, we tend to recognize that the time between an acute health event and treatment matters. Our study is interested in a similar type of relationship between time and outcomes, but extending to the post-acute care setting — the time from spinal cord injury to rehabilitation,” said Kurt Herzer, MSc, a fellow in the Medical Scientist Training Program at Johns Hopkins School of Medicine, said in a statement.

With approximately 12 000 Americans experiencing traumatic spinal cord injuries each year, researchers from Johns Hopkins, the University of Alabama at Birmingham, and Northwestern University examined outcomes of patients following discharge from rehabilitation as well as 1 year after injury to determine if undergoing rehabilitation earlier in the recovery process can positively affect outcomes.

The investigators analyzed data from the Spinal Cord Injury Model Systems for 3937 people who sustained a traumatic spinal cord injury between 2000 and 2014. On average, patients were 41.5 years old at the time of injury and were admitted to a Spinal Cord Injury Model System Facility within 24 hours of sustaining the injury. Nearly 17% had the most severe level of spinal cord injury (C1-C4). The majority of those studied were white males.

Looking at the number of days between injury and admission to inpatient rehabilitation, the researchers also analyzed various measures to evaluate each patient’s outcome. Measures included Functional Independence Measure (FIM) motor score at discharge and one-year post injury; discharge to a private residence; and the Craig Handicap Assessment and Reporting Technique (CHART).

Additionally, there was no association between longer TTR and the likelihood of discharge to a private residence, 1-year FIM motor score, or the CHART mobility score.

“This study shows, following spinal cord injury, patients might benefit from entering inpatient rehabilitation at the earliest, clinically appropriate opportunity,” Herzer said. “Patients and caregivers can discuss with their medical teams the plan and timing for transfer to rehabilitation and any concerns they may have about delays. Healthcare providers could similarly consider the value of additional days in the hospital as it relates to their treatment plans.”

Back and Spine Pain Pain
Next post in Trauma Pain 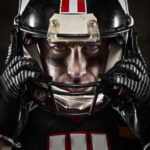