HealthDay News — Early oral patient-controlled analgesia (PCA) was found to be as effective as standard parenteral analgesia for pain management after elective cesarean section (c/s), according to a study published online in Anaesthesia.

Participants received analgesia with acetaminophen, ketoprofen, and morphine. Those assigned to the PO PCA analgesia were given four pillboxes containing tablets and instructions for self-medication on the postnatal ward.

The researchers found that in the PO PCA group, the one sided 95% confidence interval of the difference in mean pain scores was significantly lower than 1 at all time points at rest and on movement, meeting the criteria for non-inferiority.

More women in the oral PCA group used morphine (58% vs 23%; P=.002); the median number of morphine doses was two in the patient-controlled group, versus one in the parenteral group (P=.006). Thirteen percent of women receiving oral PCA had minor drug errors or omissions. The patient-controlled analgesia group more frequently had pruritus (37% vs 15%; P=.03).

This randomized, controlled study found that women assigned to a PO PCA regimen post c/s had comparable rates of pain control as compared with patients receiving standard parental analgesia for postoperative pain management. The results of this study are clinically significant because avoidance of parenteral administration of medication, particularly opioids, can result in fewer side effects including but not limited to excess sedation, bowel hypomotility, and issues related to maintaining intravenous access sites. This may result in earlier discharge from the hospital post c/s. It is important to note that certain side effects such as pruritis were increased in the PO PCA treatment group, and may have necessitated administration of further medication such as antihistamines.

“After elective c/s, early PO PCA analgesia is non-inferior to standard parenteral analgesia for pain management, and can be one of the steps of an enhanced recovery process,” the authors concluded.

This study is limited by the relatively small study participants examined, and by the fact that 13% of women in the PO PCA analgesia group had made errors of dosage or omission, both of which could have introduced bias into the study results. Additionally, the applicability of these study results to outside populations will have to be examined, as PCA regimens are dependent on patient instruction and understanding of the procedure. 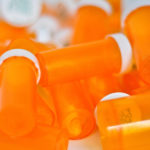