Selective serotonin reuptake inhibitor (SSRIs) use was associated with a reduced risk of revision surgery following total hip or total knee replacement surgery. These were the findings of a study presented at the 2017 Annual Meeting of the American Academy of Orthopaedic Surgeons (AAOS).1

Among patients undergoing total hip replacement (THR) and total knee replacement (TKR) surgery, depression is common and has been associated with worse outcomes and complications. To investigate the effect of SSRIs (used in the treatment of depression) on THR and TKR outcomes, researchers at the Mayo Clinic, Rochester, MN, reviewed >20,000 THR and TKR patients aged ≥18, from 2002 through 2009. Surgery complications, revisions, and associated mortality were examined, with patient medical records used to determine SSRI use.

“While the potential mechanisms for this finding are currently unknown, we speculate that the lower revision risk in SSRI users may reflect a higher level of health in SSRI users, better management of depression and pain in these patients, or potential positive biologic effects of SSRIs,” said Daniel J. Berry, MD and lead author of the study.

Although there is no laboratory evidence to explain how SSRIs affect orthopedic implants, the researchers concluded that continued treatment with SSRIs for THR and TKR patients does not appear to have detrimental effects on the risk of revision and related complications. 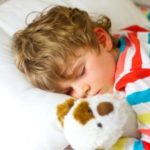