Administration of clonidine — intrathecally or intravenously —  may not supplement spinal anesthesia-associated analgesia after cesarean delivery, according to a randomized controlled trial published in Anesthesia & Analgesia.

Postoperative pain scores were comparable in all 3 groups (P =.771). Administration of clonidine by means of intrathecal and intravenous routes resulted in greater levels of sedation compared with control , when assessed using the Richmond Agitation and Sedation Scale (-1±0.53, -0.73±0.45, and -0.3 ± 0.47, respectively; P <.001).

At 3 months after delivery, during a telephone interview, 22% of patients reported experiencing chronic pain. Use of analgesic drugs was comparable in all 3 groups.

A limitation of the analysis is the administration of a lower-than-commonly used dose of intravenous clonidine, which was chosen because of dose-dependent sedative effects.

“[N]either intrathecal nor [intravenous] clonidine improved postcesarean pain. They caused more sedation in patients submitted to cesarean delivery under spinal anesthesia, with no other adverse effects or neonate repercussions, in comparison with placebo.” concluded the study authors. 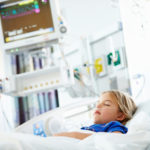 Factors ID’d for Persistent Opioid Use After Pediatric Surgery