Playing an audiotape with positive therapeutic suggestions for patients during general anesthesia surgical procedures was associated with lower opioid consumption and postoperative pain scores, according to research published in the British Medical Journal.

Providing patients with adequate analgesia is a major goal and key challenge in postoperative care. Opioid dose sparing is desirable because of potentially poor outcomes and the scope of the opioid epidemic, and nondrug means to reduce opioid use are needed.

In a blinded, randomized controlled study, researchers set out to analyze the effect of an audiotape of therapeutic suggestions (competence of the anesthesiology and surgical teams, dissociation to a safe place, affirmation, anxiety control, and confidence) played for patients during surgery as a method for opioid reduction. The primary endpoint was patient opioid requirement within 24 hours of surgery; the key secondary outcome included postoperative pain.

Study participants comprised 400 adults who underwent elective surgery with a duration of 1 to 3 hours, requiring general anesthesia, who were susceptible to postoperative pain and nausea. Participants in the intervention group (n=202) had the 20-minute audiotape played continually during surgery. Patients in the control group (n=198) were played an audiotape with no auditory output.

The per protocol analysis included 191 and 194 patients in the intervention and control groups, respectively. Researchers equally distributed surgery duration, preoperative pain, and intraoperative analgesic use between the study groups.

One study limitation includes the contribution of factors outside the therapeutic suggestion audiotape, as well as the use of 2 methods for administering postoperative opioids.

“The reported significant opioid saving effect of therapeutic suggestions during surgery might encourage wider use and help to solve the social problems of opioid misuse, addiction, and overdose,” the researchers concluded.

The use of therapeutic suggestions during surgery and anesthesia requires further evaluation, especially in more invasive and painful surgical procedures. 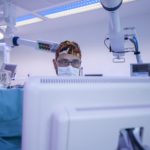