Following posterior lumbar spinal fusion surgery, patients who were cannabis users consumed more opioids both prior to and after hospital discharge. These findings were published in the Global Spine Journal.

Patients (N=301) who underwent 1- or 2-level posterior lumbar interbody fusion surgery at Tufts Medical Center, Boston, MA between 2016 and 2020 were retrospectively reviewed for this study. Postoperative opioid consumption was evaluated on the basis of self-reported cannabis use.

Similar trends were observed among the subset of patients who were opioid naïve, in which cannabis users (n=29) were younger, more had depression, and had fewer comorbidities than opioid-naive noncannabis users (n=191).

No significant differences in operating time, estimated blood loss, length of hospital stay, receipt of rehabilitation, or 30-day hospital readmission rate were observed on the basis of cannabis use.

This study may have been limited by combining different surgical techniques and different surgeons. Furthermore, postdischarge opioid consumption was based on prescription fill not on usage.

This study suggested that pre-operative cannabis use should be considered in postoperative pain management, in which patients who use cannabis may consume more opioids following surgery.

“Pre-operative cannabis usage should be a consideration in managing postoperative pain in candidates for posterior lumbar interbody fusion surgery,” the study authors concluded. 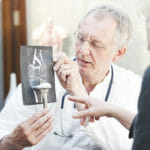